Memory and the Music of U2

[We now return to regular programming here, after a busy summer spent finishing a book manuscript]

So U2 have a new album out, they kind of snuck up on us and dropped “Songs of Innocence” into our inboxes without us paying much attention. Responses to the new album have ranged from ecstatic to boredom, but I’ve been particularly interested in how the album got distributed: Apple paid U2 some king’s ransom to give it to us for free. Pitchfork says that we were subjected to the album without consent, a lame attempt to appropriate the words of the ant-rape movement to an album.

As for me, I’m still not entirely sure what I think of “Songs of Innocence.” I think it’ll ultimately be disposable for me, though it’s certainly better than their output last decade, but not as good as the surprising “No Line on the Horizon” which, obviously was not up to the standard of their heyday in the 80s and 90s. And I’m not sure about Bono’s Vox as he ages, it’s starting to sound too high pitched and thin for my tastes, whereas it used to be so warm and rich. 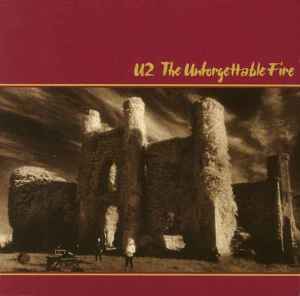 Anyway. iTunes is now offering U2’s back catalogue on the cheap.  I lost most of my U2 cd’s in a basement flood a few years ago, so I took a look.  But looking at the album covers, I was struck by the flood of memories that came to me.  For a long time, U2 were one of my favourite bands, and “The Joshua Tree” has long been in the Top 3 of my Top 5.  But, just how deeply U2’s music is embedded in my memories was surprising.  For example, looking at the cover of “The Unforgettable Fire,” I am immediately transported back in time, to two places.  First, I’m 11 or 12, in suburban Vancouver, listening to “Pride (In the Name Of Love)” for the first time, on C-FOX, 99.3 in Vancouver.  Secondly, I’m on a train to Montreal, from Ottawa, in the fall of 1991, listening to “A Sort of Homecoming” as I head back to my hometown for the first time in a long time. 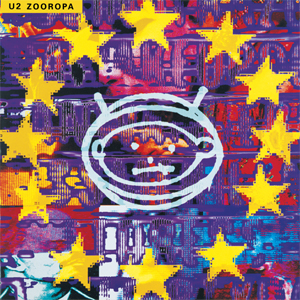 The cover of “Zooropa” takes me back to the summer of 1993, riding around Vancouver in the MikeMobile, the ubiquitous automobile of my best friend, Mike.  That summer, “Zooropa” alternated with the Smashing Pumpkins’ “Siamese Twins” in the cd player, which was a discman plugged into the tape deck of the 1982 Mercury Lynx.  US and the Pumpkins were occasionally swapped out for everything from Soundgarden and Fugazi to the Doughboys and Mazzy Star, but those two albums were the core. 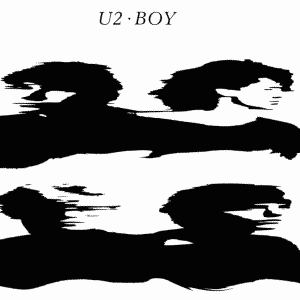 “Boy” takes me back to being a teenager, too, my younger sister, Valerie, was also a big U2 fan back in the day, and she really liked this album, so we’re listening to it on her pink cassette player (why we’re not next door, in my room, listening on my much more powerful stereo, I don’t kn0w).  She went on to become obsessed with the Pet Shop Boys’ horrid, evil, and wrong cover of “Where the Streets Have No Name” (and the PSB were generally so brilliant!), to the point where she once played the song 56 times in a row on her pink cassette player, playing, rewinding, and playing the cassette single over and over.

Obviously the soundtrack of our lives (or The Soundtrack Of Our Lives, a brilliant Swedish rock band last decade) is deeply embedded in our memories, much the same way that scents can transport us back in place and time.  But I was more than a little surprised how deep U2 is in my mind, how just seeing an album cover can take me back in time across decades, and in place, across thousands upon thousands of kilometres.

§ 2 Responses to Memory and the Music of U2

You are currently reading Memory and the Music of U2 at Matthew Barlow.