The Sartorial Fail of the Modern Football Coach

As you may have heard, the University of Alabama Crimson Tide won the college football championship Monday night, defeating Clemson 45-40.  This has led to all kinds of discussion down here in ‘Bama about whether or not Coach Nick Saban is the greatest coach of all time.  See, the greatest coach of all time, at least in Alabama, is Paul “Bear” Bryant, the legendary ‘Bama coach from 1957 until 1982.

Bear won 6 national titles (though, it is worth noting the claim of Alabama to some of these titles is tenuous, to say the least).  Saban has now won 5 (only 4 at Alabama, he won in 2003 at LSU).  I don’t particularly give a flying football about this argument, frankly.  But as I was watching the game on Monday night, everytime I saw Nick Saban, I just felt sad.

Nick Saban is a reasonably well-dressed football coach, so there is that.  But, he looks like he should be playing golf.  Poorly-fitting pants and and a team-issued windbreaker.  He could be worse, he could be Bill Bellichk of the New England Patriots, who tends to look homeless on the sidelines. 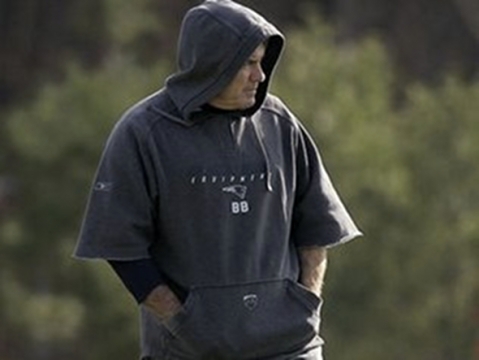 But that’s not saying much, is it?

Saban and Bellichick are a far cry from Bear Bryant and Tom Landry, the legendary Dallas Cowboys coach.  Bryant and Landry both wore suits on the side lines. Bryant did have an unfortunate taste for houndstooth, of course. But Landry stood tall in his suit and fedora.

There’s something to be said for looking sharp on the sidelines.  I miss these well-dressed coaches.

§ 2 Responses to The Sartorial Fail of the Modern Football Coach

You are currently reading The Sartorial Fail of the Modern Football Coach at Matthew Barlow.